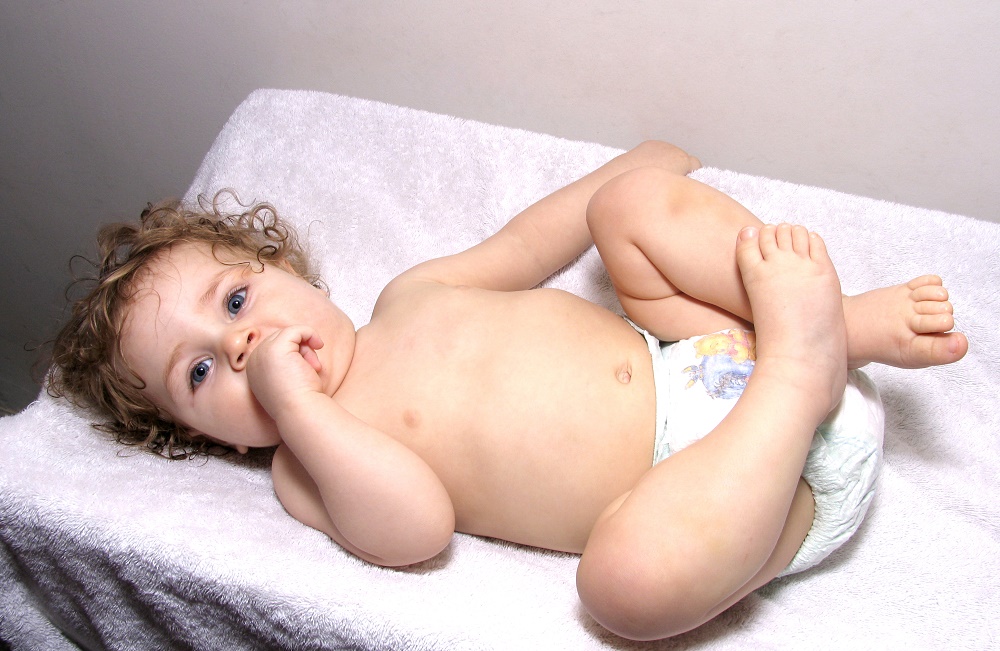 You have probably switched to soy formula recently, and was surprised by the color, frequency, or the consistency of your baby’s poops. Therefore, you are wondering whether these new poops are normal or not. Well, I will cover all these questions you have about soy formula baby poop, so stay with me.

In the first three days, all newborns have a dark green to black, sticky, and tarry-like poop called meconium.

If your newborn passes meconium in his first few days, it means that his bowels are doing their job correctly. After that, the color and consistency will depend on feeding type (breastfeeding or formula-fed).

Generally, soy formula baby poop is green, smelly, and hard/firm. It has a consistency like peanut butter. The green color is due to iron; all soy formulas are fortified with a high amount of iron.

The hardening of the poop is due to palm oil existing in soy formulas. During palm oil digestion, the calcium binds with the palmitic acid (free fatty acid) to form an insoluble calcium-palmitate soap that can cause harder stools or constipation.

Note: If the stool is harder than peanut butter and your baby has pain during BMs, your baby could be constipated. Therefore, you should tell your pediatrician.

Similac Soy Isomil will be the right choice for constipated babies because it doesn’t contain palm oil and has prebiotics (food for probiotics). I wrote an article about the cheapest and the best soy formula if you want to check.

How Often Should a Soy Formula-Fed Baby Poop Per Day?

Every baby is different. Generally, babies drinking soy formula stool once to twice a day, whereas other poop one time every few days; it’s totally fine as long as your baby doesn’t struggle when pooping, and he is thriving.

You don’t have to be concerned about how often should a baby poop but how the poop is after passing out. The color and consistency are more important than frequency. However, if your little one doesn’t poop for more than five days, he might be constipated, and you should see the pediatrician.

All newborns’ poops are not smelly. While they grow up, their bowels will be colonized with bacteria. Therefore, their poops become smelly. This process is normal as long as your baby is thriving and has a soft stool.

Soy formula-fed babies have a smelly poop that will make you run out of the house. It has a pungent odor, sometimes like rotten eggs, sometimes like vinegar, and sometimes will depend on what you LO is eaten.

Sometimes, a very smellier poop may be an indication of malabsorption of nutrients. However, if your infant’s poop has a normal consistency and color, and he is gaining weight, you don’t have to be concerned. If not, call your pediatrician.

Note: The only case where the green poop is a concern; when the baby is ill or has a fever, then he might have a bacterial infection, and you must see your pediatrician.

Orange, yellow, or brown poops are normal and mean that your little one is doing great with this soy formula brand. If you see a range of these colors in your baby’s stools, that’s because of pigment picked up during digestion.

A black and red poop during soy formula-fed may be a sign of blood in the poop; it becomes black after moving in the bowels. Bloody poop can be a result of soy protein allergy or digestive problems. In this case, you should consult your pediatrician immediately.

In the case of soy protein allergy, changing to amino acid-based formula (Neocate or Elecare) will be a good decision. In this formula, the protein is broken into blocks (amino acid), so the immune system can’t detect it.

Regarding digestive problems, you should opt for another soy formula. Gerber Good Start Soy Plant-Based will be a good choice; it is partially-hydrolyzed, which means the soy protein is broken into large pieces for easy digestion.

White or gray baby poop is a warning sign that your baby has a problem in digesting food. You should call your pediatrician immediately.

Yes, soy formula makes the poop little hard and has a consistency like peanut butter. That’s because of palm oil existing in most soy formulas. The insoluble calcium-palmitate soap produced during palm oil digestion what makes the stool hard.

If you notice that the stools are harder than peanut butter or look like a pebble, then your kiddo could be constipated. One or two pebbly stools are fine. However, three pebbly diapers or more is a concern, and you should consult your pediatrician.

To loosen stools, Tracie Newman, MD from news.sanfordhealth.org, recommends giving apple, prune, or pear juice twice daily for babies older than 1 to 2 months. The sugar in the juice won’t be well digested, and this moves the fluid to the colon to help loosen poops. Regarding juice amount, Tracie Newman, MD, advises giving 1 ounce of juice for each month of life until four months (ex: 2 ounces for 2-month-old baby).

For older babies, strained or pureed foods with high levels of fiber will make the poops loosen. Foods that include peaches, pears, plums, prunes, peas, cereals, apricots, beans, or spinach are high in fiber.

While other pediatricians recommend adding an extra ½ – 1 ounce of water to baby’s bottle to loosen stools or giving him a tablespoon of Karo syrup twice a day, that’s working well for many parents.

A runny or watery poop that sometimes comes out of the diapers could be a sign f diarrhea. It has a yellow, green, or brown color and runny, it’s a concern for babies who are three months old or younger and have diarrhea for more than a day or two or have two to three runny explosive stools a day.

If so, you must call your pediatrician for consultation. Infection or allergy can cause diarrhea. And can lead to dehydration if not treated quickly.

Solid poops generally appear when you introduce solid foods; they are tended to be brown or dark brown and thicker than peanut butter. Also, they are smelly. It is a normal stool, and there is nothing to worry about.

For newborns, mucus in poops is normal as they pass meconium stools. The mucus-like stools can also show up when your baby is drooling from teething.

However, it’s a warning sign when your baby is older than 3 – 4 days and not drooling; then, you should call your pediatrician immediately because it can be an infection or allergy.

When introducing solid foods, certain foods are traveling so quickly through bowels or may not be well-digested; another probable reason is that babies swallow foods before they chew them well. As a result, you will see chunks or a surprising color like red, orange, or dark blue depending on foods type they eat.

If your kiddo stools undigested foods several times, then you need to consult your pediatrician.

Most babies who are on Enfamil ProSobee have a hard 1 to 2 poopy diapers a day. Other parents said that when they switched to ProSobee, their babies become constipated, so they add ½ – 1 ounce of water to the bottle, and it helps loosen the stool.

Most babies who drink Similac soy isomil have pasty, green to dark green, very smelly poops. Don’t panic; it’s very normal as long as the baby passes urine 6-8 per day. Those babies, most of them have a few bowel movements in the first. After that, the poops’ frequency is increased.

Babies on puramino formula have loose, dark green stools that have a consistency of cake batter. The dark green stools it’s fine except if your baby is ill or has a fever, or has a diarrhea poop, then you must call your pediatrician.

Breastfed baby poop tends to be runny enough to resemble diarrhea, pasty, seedy, and has a mustard yellow, brown or green color. Moreover, it has a sweet odor. Breastfed babies have two bowel movements in a day during the first three days. Then they continue passing about 8 – 12 stools a day or every time they eat. The stool frequency decrease while growing up to 3-4 poops a day. After six weeks, babies tend to pass fewer poops, maybe even one poop in a week.

Contrariwise to soy formula baby poop, it’s firmer and smellier than breastfed baby poop. It has a green to dark green color and butter peanut-like consistency.

Soy formula baby poop frequency depends on a baby to another, from formula to another. In general, it’s less frequent than breastfed baby poop. Most babies on soy formula have one to two BMs a day, while other have one dirty diaper every 2 or 3 days, it’s totally fine as long as the stool is soft and the baby doesn’t strain while passing the stools.

You must call your pediatrician immediately if you notice these signs:

Baby poops are a concern for many parents, especially if they see a surprising color, consistency, or frequency when they switched to soy formula. The most important thing to notice is consistency and color. The frequency is less important as long as the baby doesn’t strain when pooping. Moreover, soy formula makes stool frequency less than breastfed baby poop; therefore, don’t panic if you notice that your little one is not pooping for 3 or 4 days.

Three colors are a warning sign; red, black, and white. Except that, all colors are normal. Moreover, Mucus or blood in stools is a red flag, as well as runny poop. These signs need a consultation from you PD.

If you still have questions feel free to contact us.

How Much Formula Should a Baby Eat: The Ultimate Guide

14 Easy Ways To Save Money On Baby Formula

When and How To Stop Feeding Babies Formula? The Ultimate Guide